Jack Petchey Awards are for students who have shown outstanding commitment to a particular area of school or community life.  The Foundation was established in 1999 to encourage and reward young people who show effort and give to others. 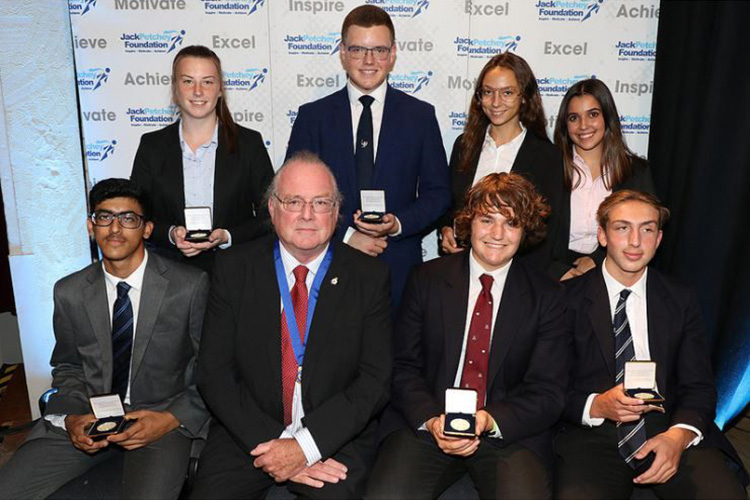 The Awards were individually presented by Cllr. Graham Barker (The Vice-Chairman of Uttlesford District Council).

Felsted’s Sophie Norton provided some of the musical entertainment for the evening with a fantastic flute performance of ‘Hungarian Pastoral Fantasy’ by Franz Doppler.

Henry has been awarded a Jack Petchey prize for outstanding commitment to several aspects of school life.

He has taken part in two MUN conferences at school, and recently attended the main MUN conference in the Hague. The MUN is an academic simulation of the United Nations that aims to educate participants about current events, topics in international relations and diplomacy.

Henry has also shown excellent commitment to music and theatre in the school having taken part in several concerts and stage plays and in particular encouraging other students who have struggled in these areas.

These activities have required Henry to work in his own free time, and overall he has done more than would be expected of a pupil in supporting the school over a long period.

Gustav has been awarded a Jack Petchey prize for his work in raising money for Sparkle Malawi. This is a charity that provides education, nutrition and medical support to young orphans and vulnerable children in Malawi. Gustav took part in the Renault UK Cup Junior Championship for motor racing and he donated all of his sponsorship money to Sparkle Malawi. To date he has raised £15,000 for this worthwhile charity.

Abdullah has been awarded a Jack Petchey prize for leading the squash team with distinction. He has helped his peer group to improve by regularly helping to coach and inspire the younger players and being an excellent role model. Abdullah has led the Under 17 team to the quarter-finals of the English National Schools competition.

Ellie has been awarded a Jack Petchey prize for being an excellent ambassador to sport and in particular raising the profile of women in sport. Ellie has played women’s rugby from a young age and has recently been accepted into the Saracen’s Sporting Excellence Programme. She is a very good role model for the younger members of the school and she has generated much interest in women’s rugby.

Owen has been awarded a Jack Petchey prize for his commitment to sports coaching. He has been coaching some of the younger members of the school for the last two years on a volunteer basis for rugby, hockey and cricket. Owen is reliable, patient and kind with all pupils and he models not just how to play sport but also good behaviour on and off the pitches. Owen has now been asked to help at the local hockey club where he will work towards his coaching and umpiring Level 1 Award.

Maria spent her Easter break working for a charity called the Francesca Rava Foundation that helps street children in Haiti. Maria worked in the street schools where they education the young population and helped in the house for disabled children, the orphanage and the only paediatric hospital in the country.

Maria had to do some extremely challenging things such as feeding starving individuals and also helping with burials of those who did not survive. Maria found that the children could smile despite their tough lives and they seemed so happy with what little they had. Maria was so moved by her experiences that when she returned to England she decided to organise a talk and a presentation on the charity. Maria raised a further £400 for the charity from the evening event.

Sara has been awarded a Jack Petchey prize for her involvement in many worthy causes and charities within school. She is being particularly recognised for an initiative that stands out as of key importance in the wellbeing of young people.  Sara has introduced a “Big Sister” mentoring project which involves organising the Lower 6th girls to support some of the Year 9 girls who may be struggling in a particular area of their lives, either at home or at school. This involves meeting up on a regular basis and even sometimes going into lessons to support where necessary.