Felsted pupils gained an impressive set of A Level results, with 65% of all entries achieving A* to B grades and nearly 90% achieving A* to C grades, with a 99.5% pass rate. With the reform of A Levels, pupils have been faced with tougher exams this year, so it is particularly pleasing that so many students have confirmed their places at the country's top universities. 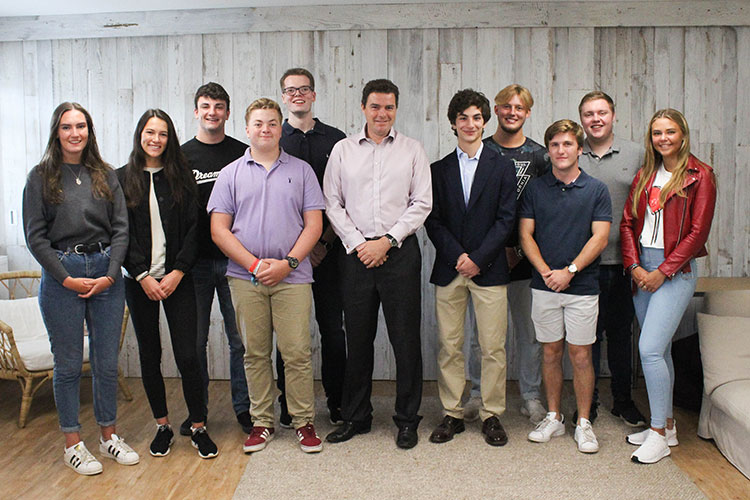 Headmaster Chris Townsend comments: “This is a very pleasing set of results, especially in a year when there has been a great deal of change to A Levels.  They reflect a great deal of hard work from students and teachers, and I am very pleased to see so many Felsted pupils going off to the best universities around the world.  If A Level and IB results are combined for this year group, almost three out of every four entries is graded at B or higher.

I am very proud of the hard work done by this outstanding group of young men and women. Congratulations to everyone who took exams at Felsted, and the very best wishes for your future studies or careers.”

Felsted’s top achiever was Alex Manson, who gained three A*s and one A grade in Economics, History, Maths and Psychology respectively, considerably overachieving his offer of a place to read History. He is now looking at an application to Oxbridge and Ivy League Universities next year. Alex, an academic scholar and boarder at Felsted, balanced his studies with playing 1st XV rugby. 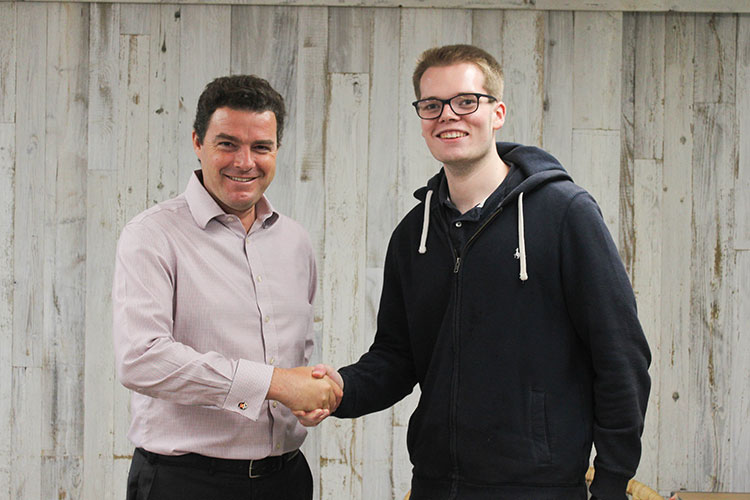 Will Barker, Felsted’s Head Boy, also overachieved his offer from Oxford, gaining three A*s and a B grade in Economics, History, Psychology and Maths respectively. He will be taking up his place to read Philosophy, Politics and Economics at Oxford. Will, aged 18 and a weekly boarder at Felsted, was both an academic and sports scholar, captaining the 1st XI rugby team and was recently awarded the Dorian Fisher Memorial Prize in an essay competition run by the Institute of Economic Affairs (IEA).

Samuel Barratt also overachieved his offer to read Mechanical Engineering at Imperial College London. He gained two A*s and two A grades in Maths, Physics, Chemistry and Further Maths respectively. An Academic, Music and DT scholar, Samuel truly made the most of his time at Felsted, including playing a lead role in the school’s recent production of Les Miserables (School Edition). Samuel had also succeeded in gaining a prestigious Arkwright Scholarship last year, which has allowed him to pursue his interest in nuclear science, attending many summer schools and conferences, supported by the Nuclear Institute.

Head Girl Scarlett, gained an A* in English and two A grades in Classical Civilisation and History, and will be taking up a place to read Combined Honours in Social Sciences at Durham. An academic and drama scholar, Scarlett has performed in many Felsted drama productions over the years, including balancing her final year of study with the lead role of Fantine in Les Miserables (School Edition). She is also a keen netballer, playing for the Felsted 1st team and joining the team on their last New Zealand netball tour.

Megan Abbas gained an A* in Psychology and two A grades in Government and Politics and Classical Civilisation, exceeded her offer of AAA to read Social Sciences at University College London. Megan, a boarder at Felsted, also completed the EPQ (extended project qualification) looking at Psychopath behaviour and balanced her studies with a love of tennis.

Poppy Timson gained two A*s in PE and Psychology and a C in Biology, meeting her offer to read Sport and Exercise Psychology at Loughborough. A sports Scholar, Poppy is a talented young cricket player, playing for the Felsted 1st team and 1st Essex Womens.

Chiara Rocker-Cook is delighted to have secured her place to read Medicine at the University of East Anglia. An academic scholar, Chiara’s ambition to become a doctor is firmly on track having gained A grades in Biology and Psychology and a B grade in Chemistry.

For Reception entry in 2020