Windsor's is the Upper Sixth House for Boys. It is one of the original four houses at Felsted School. The House building was built in 1890 and, coupled with the ground floor Houses of Manor and Montgomery's is called 'School House', as it was originally where the whole school was housed. The House takes its name from its fourth House Master, Rev. F. D. Windsor who was Housemaster from 1900-28. The House Colours are Navy Blue and Gold, the Motto of the House, which is inscribed over the main door of the House, reads: nil conscire sibi, which is a famous latin saying which continues: nulla pallescere culpa. The translation of the whole quote means: “To be conscious of no fault, to turn pale at no accusation.”

Windsor's was home to day and boarding boys from Year 9 through to Upper Sixth, but in September 2007, Windsor's became the Upper Sixth Boarding House for Boys. It is now a dedicated house where Upper Sixth boys can focus on their exams and prepare for University life. It is located close to the Sixth Form Centre and library and is at the heart of the School with stunning views over the main school front and cricket pitches.

Clifford Palmer was appointed Housemaster of Windsor’s in September 2018, having previously been a tutor in Gepp’s House. Clifford joined Felsted in 2013 as a Physics and Mathematics teacher.

Clifford was a full boarder from the age of eight, completing his education at the Duke of York’s Royal Military School in Dover. A Chartered Engineer, he joined the school having served nineteen years in the British Army during which time he completed his degree in Manufacturing Engineering at Cambridge University.

Outside of the House and classroom, Clifford run’s the Combined Cadet Force and the Year 9 Junior Leaders programme. He has also coached rugby and hockey; and organised expeditions as part of the Duke of Edinburgh Award.

Clifford is married to Emma, and they have two young daughters. 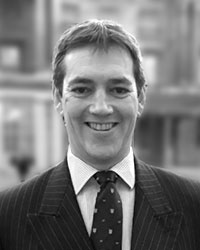