Stocks's House has a warm, caring and friendly environment where girls are encouraged to achieve their maximum potential in all areas of the School. Talent abounds in all directions in Stocks's - academic, artistic, musical and sporting - but more important is the sense of a supportive, caring community.

Stocks's House is located in a beautiful position close to The Bury, Chapel and Gepp's House. It has a warm, caring and friendly environment where girls are encouraged to achieve their maximum potential in all areas of the School. Year 9 girls share modern and bright dormitory accommodation. In Years 10, 11 and Lower Sixth, the girls mostly have their own single rooms. These rooms are brightly decorated with posters and pictures and have a homely feel. The girls have a kitchen to use and two common rooms in which to relax and catch up with friends.

Anna Salmon joined Felsted in September 2002 and was appointed HM of Stocks's in 2014. She is married to Richard and they have three sons; Ollie, Jem and Luke who have all been educated at Felsted. The family live in Stocks’s House with their very exuberant Cocker Spaniel, Florence. Anna also looks after Felsted Farm which is currently run from Stocks’s House garden.

Anna studied English Literature at Leicester University where she also completed her PGCE and now has an MEd which she gained whilst working at Felsted. She is a member of The British Psychological Society. She taught English at a secondary school in London before teaching at Felsted. During her time at Felsted, Anna has tutored in Stocks's, Garnetts, Manor and Deacon's.

More recently she has headed up the Support for Learning Department where she still teaches. Anna has a real passion for seeing students make valuable progress in and outside the classroom. 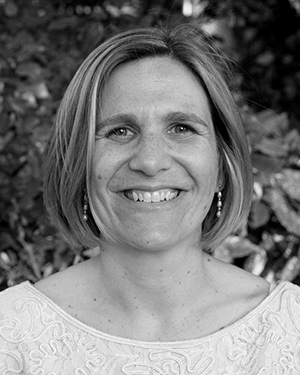 Lauren Macey was appointed Assistant Housemistress of Stocks’s House in January 2019. She began her Felsted journey as a Stocks’s Tutor in 2014 and has since taken on Resident Tutor roles in both Garnetts and Follyfield, before returning to Stocks’s. Lauren is married to Laurie and has two young daughters, Honor and Eden.(Both of whom love being the youngest Stocks’s girls and joining in all of the fun in the house.)

Having graduated with a BA(hons) in Drama, Theatre, Performance and Film Production she spent several years working at Comic Relief in various roles and then training to teach in London before joining Felsted to teach Drama and Theatre Studies and English.

Lauren is a passionate and dedicated member of the Performing Arts team at Felsted and loves every moment of directing and supporting students through their amazing performances, both in the productions and examination pieces. She loves to read, dance and sing most of which she now does to entertain Honor and Eden.