Deacon's is a thriving boarding house for boys in Year 9 - L6. An active and lively House, with a friendly atmosphere, it truly is the boys’ ‘home from home’ and somewhere they can go about acquiring the values of honesty, integrity and respect. The house is a friendly place to be and there are no unfamiliar faces, despite there being over 60 boys.

Deacon’s house motto is ‘Accept the Challenge’ and the boys take great pride in taking part in all the inter-house competitions. It would not be unduly modest of them to claim that many of these trophies sit in the house trophy cabinet. As a result, Deacon’s boys enjoy an enviable reputation for being fiercely competitive and not scared to give anything a go.

Many boys are attracted to the House by the challenge of meeting these high standards and the sense of team spirit stimulated by its competitive ethos. Over the years, Deacon's has had many academic, all-round and sporting scholars, artists, musicians, members of the CCF, Heads of School, Oxbridge Scholars, as well as many 1st team sport players. There are still many in the House today, which means anyone joining Deacon’s can be sure of both support and encouragement from everyone as he strives to become the best version of himself he can be.

Barny Bury was appointed HM of Deacon’s House from September 2018, following 7 years as Assistant Housemaster in Windsor’s House. Barny is married to Christina, who is the Director of Learning at Felsted Prep School. Barny’s son, Luke, was in Deacon’s himself and is currently studying at Exeter University. His daughter, Elise, is a current pupil at Felsted.

Barny has always had a passion for sport, trialling for England rugby at U16, U18 and U21 levels as well as playing professional rugby for Barking. He has passed this passion onto several generations of athletes, not only in rugby but hockey, cricket, basketball and volleyball as well. During his time at Havering 6st Form College, Barny successfully coached the men’s and women’s volleyball teams to eight national finals, producing two Olympians in the process.

Outside of the classroom and his sporting commitments, Barny is an avid reader, in particular anything that feeds his inner ‘History Geek’. Having also spent some time teaching in France, Barny relishes leading the Senior School ski trip as it offers the opportunity to indulge both his love of skiing and French culture. 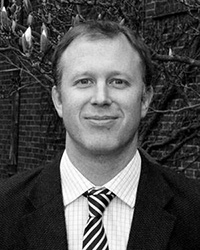 Jean Jarred was appointed as Matron of Deacon’s House in September 2018, having already spent 4 years in the house as Madge’s most able lieutenant. She has taken on one of the most difficult jobs there must be - keeping 66 boys washed, clean and organised every day! In addition, Jean and her team of domestic angels provide daily snacks, drinks as well as cleaning every single boy’s room every day!

Somehow, Jean manages all of this, yet is always there for a friendly chat or hug whenever somebody is feeling down. She cares for every boy in the house like a parent away from home. There is truly no-one as caring and approachable as Jean.