Felsted School have opened an exciting new eco-garden for the youngest years, with the aim of building awareness of the environment and creating a love and responsibility for everything in nature.

The project was a collaboration between staff, parents and pupils with some help from outside creatives including TV’s Lloyd Warbey (Disney’s Art Attack). Lloyd helped the children plan various zones within the garden area for the children to explore, including fairy houses, a bug hotel, toadstool stepping stones, pebble insects, plants to care for and ‘play stations’ made from electrical wire reels each personalised by the nine classes from Reception to Year 2.

The original nature garden was largely destroyed in a storm last year which brought down the willow tree. In memory of their tree, the children worked with willow-weaver Suzanne Lynas to create insect sculptures for the garden.

The garden was officially opened by Deputy Headmaster, Mr Tristan Searle who retired at the end of the summer term after 33 years at Felsted. His wife Nicky, also a teacher at Felsted Pre-Prep, who was heavily involved in the project, comments; “The garden is a great opportunity for calm play in an inspiring environment, promoting positive wellbeing for our youngest children. It has also helped encourage independence, as the children contributed to the building environment, recognising that their ideas had been listened to and respected.” 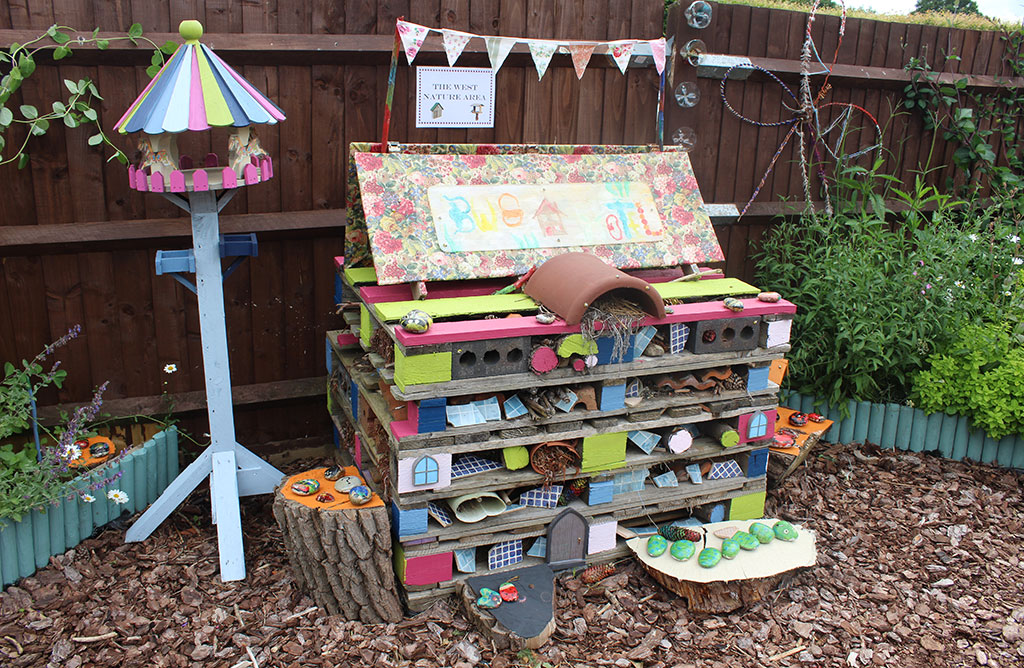 There is so much to do in there. I especially like to play in the fairy house as it makes me feel good.
Felsted pupil

The Eco garden is an inspiring and magical place. Stepping through the arch transports the children and adults into a calm area where play is considered and the ethos is about caring, sharing and collaborating.
Felsted parent