The Felsted School Chapel is situated at the heart of the school and serves not only the Senior and Prep Schools but the whole Felsted community. It is a centre of worship for all, whatever their denomination and an opportunity for all to explore their personal spirituality.

Reverend Nigel Little took up the position of Felsted School’s Chaplain in September 2012, along with his wife Amanda and their four children; Martha, Benjamin, Charles and Esther.

Nigel graduated from Oak Hill Theological College, London with a B.A. (Hons.) degree in Theology and Pastoral Studies in 2001. A year later, in 2002, he was ordained as a Priest at St. John’s Church in Hampstead, London.

Nigel is actively involved in several charity work projects. He occupies the position of Chairman for ‘Teach Uganda’, an international charity that seeks to support sustainable development in Uganda by working alongside Ugandan people. Nigel is also Vice Chairman of the ‘African Institute for Contemporary Mission and Research’, which is a Christian academic research library and conference facility in Kenya that encourages African scholarship throughout East Africa. 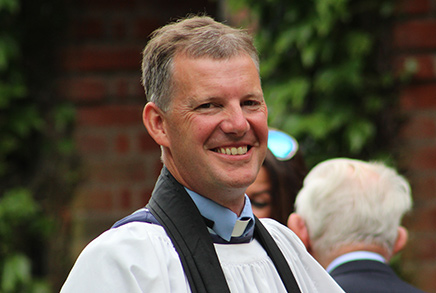